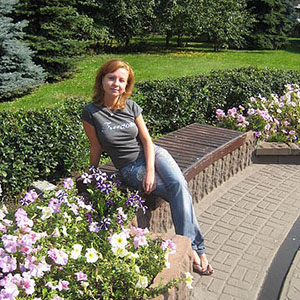 We were addressed by the American family requesting to find a birth mother of their adopted daughter Julia (this name was given to the girl by the American family). They adopted Julia in Kirov, Russia several years ago. They only had data from adoption file and were extremely eager to find out as much as possible about the biological parents and relatives of Julia.

At the moment of adoption, Polina, birth mother of the girl, was living on Oktiabrska Avenue in Kirov. This is, probably, one of the longest streets in Kirov. It turned out that Polina still lives at the address that was stated in the adoption documents. That was an old hutted dormitory. However, Polina was not at home when we paid a visit. Then we started asking neighbors in order to find out where Polina was and how we could contact her. The majority of neighbors were intoxicated. Finally we were lucky to meet a young man who told us that Polina was at work and would not come back until morning. After that we started asking for Polina’s phone number. By combined effort we eventually got the necessary phone number. When we contacted Polina and explained why we were looking for her, Polina immediately agreed to meet and informed us how to find her. When we met we told Polina about our searches and the interest of family that adopted her daughter. Polina has curiously read the letter sent from the USA and viewed the photos. She said Julia’s father didn’t want a daughter to be born as he was comfortable with the family life that was not “burdened” with kids. Right after Polina left her daughter in the maternity hospital, they got divorced. The woman could not forgive husband’s indifference. According to Polina, she would not be able to raise a child by herself. Polina was unemployed, while her mother has been drinking heavily and couldn’t help Polina anyway.

Polina is a slim, blue-eyed petite girl of a nice and lovely nature. She seemed a very calm and level-headed person to us.  She was genuinely interested and keen to meet us. It was obvious that she cared about her child’s destiny.

We had a rather frank and lovely talk. Polina answered all the questions of the foster family. She also told us about representatives of her and Julia’s biological father families. Polina sent her best regards and gratitude for letter, photos and taking a huge responsibility to become her daughter’s parents. Polina said she would definitely write to the American family as she wanted to know how her daughter was growing up and progressing.

We don’t know what their further communication turned out to be, but we hope it will go on.