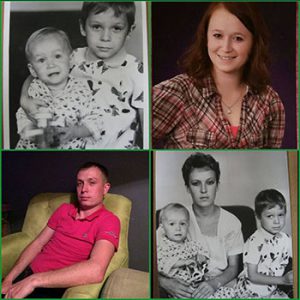 Here is a story about how we found a biological family in Almaty, Kazakhstan in the end of December 2016. Tatyana Ophus tried to find her birth mother, relatives and siblings in Almaty.

It was a difficult searching because a mother of child adopted to America passed away in 2000 in Kazakhstan.

But we found a brother Alexander who lives in the suburbs of Almaty. He had a desire to meet with our employee and talk to him. Thanks to Alexander, we were able to find other relatives in Kazakhstan.

At the young age Alexander was raised by different people too. When he grew up he found his relatives.

For some reason his biological mother (born in 1966, died in 2000) was not a very lucky woman. She lost a lot faith and began to abuse alcohol. Then she revolved herself with bad people and left her children in 1998.

We also met uncles and aunts of the children. A lot of family information was obtained. Photos were sent to America to adoptive family.

Now all family members of the story communicate with each other and plan gathering someday.