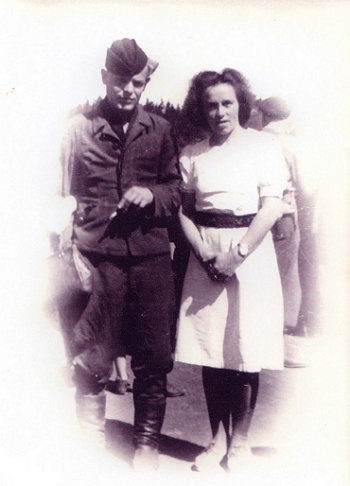 Do you want to find your biological father, mother and relatives in Ukraine? We can help you. Our agency will carry our a search of relatives, biological parents, colleagues, classmates and others in any country of the former USSR.

In December of 2018, a Norwegian citizen whose name is Snorre, asked us to help him find his relatives in Ukraine in the Lugansk region. Snorre is 73 years old and logical a question is: how is it possible that Snorre has a family in Ukraine? This is the story of Snorre: his father, Andrey Alyakin, was born in 1918. During The II World War he was captured by the Nazis and sent to one of the concentration camps. Then, as well as many other prisoners of war, he was transferred to Norway to work in a canning factory to meet the needs of the German army. During the war more than 50,000 of the Soviet army prisoners of war worked in Norway. It so happened that Andrey met a Norwegian young lady, and they fell in love. The result of that relationship was pregnancy. But after the war ended, Andrey together with many thousands of other Soviet soldiers was returned to the Soviet Union.

Snorre was born in Norway and had never seen his father or knew anything about him. This is the reason why he contacted our agency. And we are very glad to have been able to turn his dreams into reality. We found the son of Andrey Alyakin, whose name is Grigory (Snorre’s brother), and also his grandson Igor (Snorre’s nephew). We found out that in the 70s the family moved from the Lugansk region to Kiev, the capital city of Ukraine. Currently, Igor and Gregory live in Kiev. Unfortunately, Andrey, Snorre’s father, passed away in 2010.

The relatives of Andrey told us about his life and shared their photos. Snorre was very grateful for the work done and said that in the near future he would go to Ukraine to visit his father’s grave and meet his relatives. Snorre also said that the history of this search will be published in a local Norwegian newspaper.