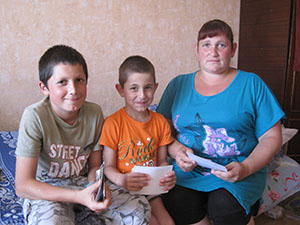 We would like to tell you the story about the successful search for biological parents, namely birth mother who lived in Saint Petersburg, Russia.

Several months ago we were addressed by the American family who adopted (at the end of 2008) two children from Saint Petersburg, Russia. Since the fact of adoption is not concealed from adopted children in the USA, Alina and Ilia’s adoptive parents wanted to find biological mother in order to find out about herself, her family, children and whether there were any genetic illnesses, which could be inherited, so that their children could get prompt medical care if required, as well as get answers to many other questions. Alina is 8 now and Ilia is 9. Children are in such an age right now when they start getting extremely interested in their origin, roots and legacy.

We began our search with coming to the address that was mentioned in the documents (to Saint Petersburg suburbs). We found out that nearly all the residents of the old building have been rehoused and the majority of those who settled down in this half-destroyed house were tramps. Therefore, asking them about previous house residents was pointless. However, we were extremely lucky as there was an old woman living on the ground floor of the nearby house, who remembered Natalia, the biological mother of kids, and even told us her mother’s address. When we came to the stated address, there was nobody at home again. Thus, once again, we had no choice but to ask neighbors. One woman told us that Elena, Natalia’s mother, is selling flowers near cemetery and even drove us to show that place. There near cemetery we met Natalia’s sister Karina. Karina informed us that their mother went to her sister for a week and left the daughter in charge. It was Karina who helped us to find her sister. Once we got the phone number of Natalia, we called the woman. Having explained the reason for our visit, we got the address, where she was living with her kids then. 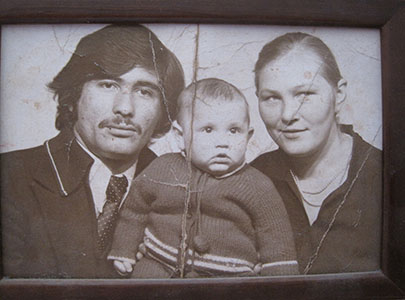 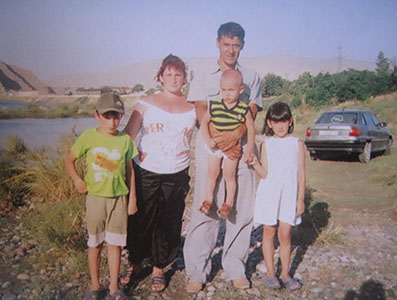 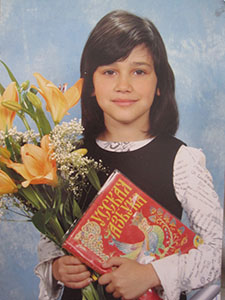 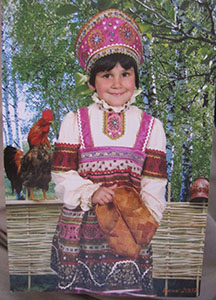 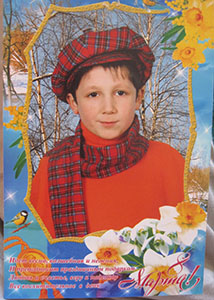 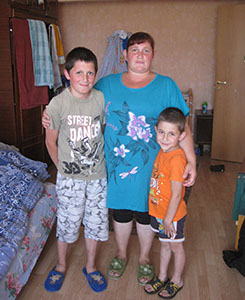 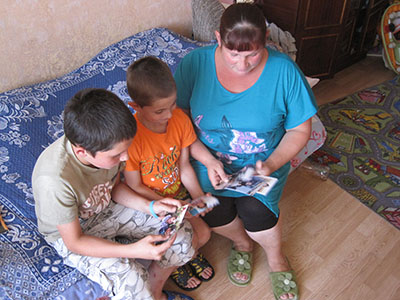 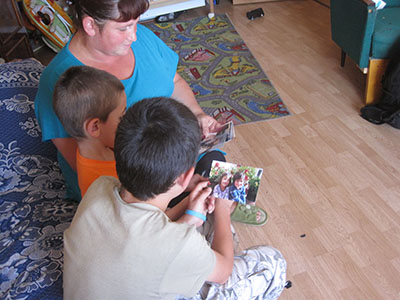 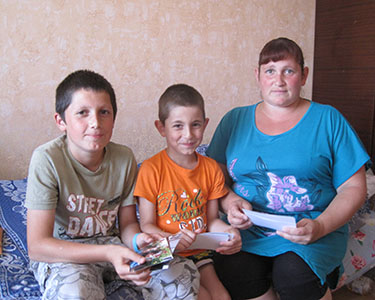 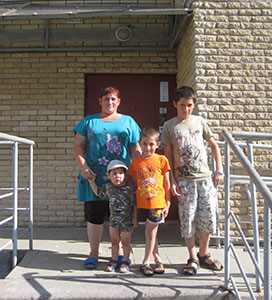 It turned out that Natalia had six more children apart from her daughter Alina and son Ilia. Moreover, Natalia claimed that two older children were taken away under false pretences as she comes from a troubled family and was not married when they were born.

According to Natalia, she comes from a mixed family – her father was Uzbek and mother – Russian. Her mother Elena was born in one of the Baltic States. She came to Petersburg at the age of eighteen in order to get education. Elena met a conscript from Uzbekistan in Petersburg. Shortly after that they got married. However, the fairytale gone wrong soon and in five years after Elena gave birth to two daughters, she split up with her husband who met his new love. Elena tried to find her happiness a few times since divorce with her legal husband but with no success. However, after every attempt she was left with another child.

Elena was not able to educate her children and almost all her girls, having got an eyeful of their mother’s lot, were not able to succeed in their private lives. Natalia could not start a family for a long time as well. Alina and Ilia’s father didn’t acknowledge his children and woman had to give them to orphanage as was unable to provide for their living. The fortune finally favored her seven years later. She met a good man who helps her to raise four children that live with them. Natalia was very happy to know about life of her children, who were adopted in the USA and was glad that Alina and Ilia now have a family that loves them very much.

We had a detailed conversation with Natalia and found out everything that the kids’ foster family wanted to know. Natalia gave her children a lot of family photos and filmed a small video message. Now biological mother and Alina with Ilia may keep in touch via Internet, email, Skype if they need to and, moreover, they may even meet their birth mother in future when they grow up. We hope adopted children, their mother and relatives will never lose each other again.