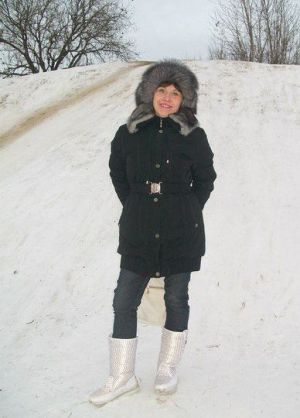 We were addressed by the American family requesting to find biological parents of their adopted daughter. They adopted Carolina some years ago from Lvov. According to the documents, acquired by adoption, we found out that biological mother of Carolina (Kovalenko Marina) lived in city of Zolochev at the moment of daughter’s birth. We started our search from that place. When we arrived at the address known to us, it appeared that Marina had moved. Then we started to ask questions to Marina’s former neighbors and when we began to think that nobody remembered this woman, we were lucky.

We were going to leave without information, when we met an old woman. We didn’t hope for positive result, but we started to ask questions. And we were lucky, the old woman not only remembered Marina but also said where we could find her. The old woman said that Marina moved to Lvov to look for a professional job, but the neighbor didn’t know where she lived exactly. She said that Marina sold her apartment and didn’t want to come back to Zolochev. Then we decided to continue our search in Lvov. We didn’t know the exact address. That’s why we addressed to reference service of city of Lvov. We had to persuade a female employee of reference service, but after a while we had a new address of Marina. Marina succeeded to buy small two-room apartment practically on the skirts of Lvov. Nowadays she lives there with her underage son.
When we appeared before biological mother of Carolina and explained why we were her, Marina was shocked by unexpected news but she was happy to see us. She told us her convoluted life story. When she lived in Zolochev, she had a beloved man, they met and had a relationships. Marina thought that this relationships were meaningful. When she got pregnant and told him about that, the man suddenly disappeared. Marina began searching him but it appeared that he was married, and she was only for his entertainment.
She was shocked all the second half of pregnancy and when she gave birth to her daughter, she left her at maternity home because of negative stance on her father. Later on she had second thoughts about this situation and came back to maternity home, but it was too late. The governmental authorities refused her to take her daughter back. She could not stay at Zolochev, that’s why she moved.
Marina gladly agreed to keep terms with her daughter’s adoptive parents and to hear about her life. She shared her dream to meet Carolina. Marina even decided to learn English to have a chance to communicate with her daughter without help.
We passed all coordinates for connection to foster family. We hope that this contact, that we managed to renew, now will not be interrupted and they can communicate in future.