As we already mentioned, in December of 2018 we have successfully did the search for a citizen of Norway named Snorre, who was dreaming of finding his birth father and relatives in Ukraine. This search was successfully finished in the end of December.

Our agency was able to conclude the search. It turned out that before going to the army Alyakin Andrey lived in Ukraine, Lugansk Region. He moved to Kiev together with his wife in the 1970s. Unfortunately, he did not live to see his son from Norway: Andrey died in 2008. However, we were able to find Grigoriy, Snorre’s biological brother, and Igor, his nephew.

In early May, 2019, Snorre and his wife, accompanied by two Norwegian TV workers, and an interpreter, flew to Kiev to meet their Ukrainian relatives. They met with Grigoriy, his son Igor, Grigoriy’s former spouse Lyudmila, and two nephews who came to Kiev from Lugansk region especially for this occasion. Snorre was also able to visit the grave of his father.

On the 6th of May, after spending a week in Kiev, the whole company flew back to Norway. Snorre and his wife, as well as their Ukrainian relatives, were very happy with this meeting and their communication. We hope that the contact between the relatives will not be broken.

In the nearest time Snorre is planning to go to Ukraine again, this time he wants to show Ukraine to his two daughters.

Let’s wish them luck and hope that the trip will take place! 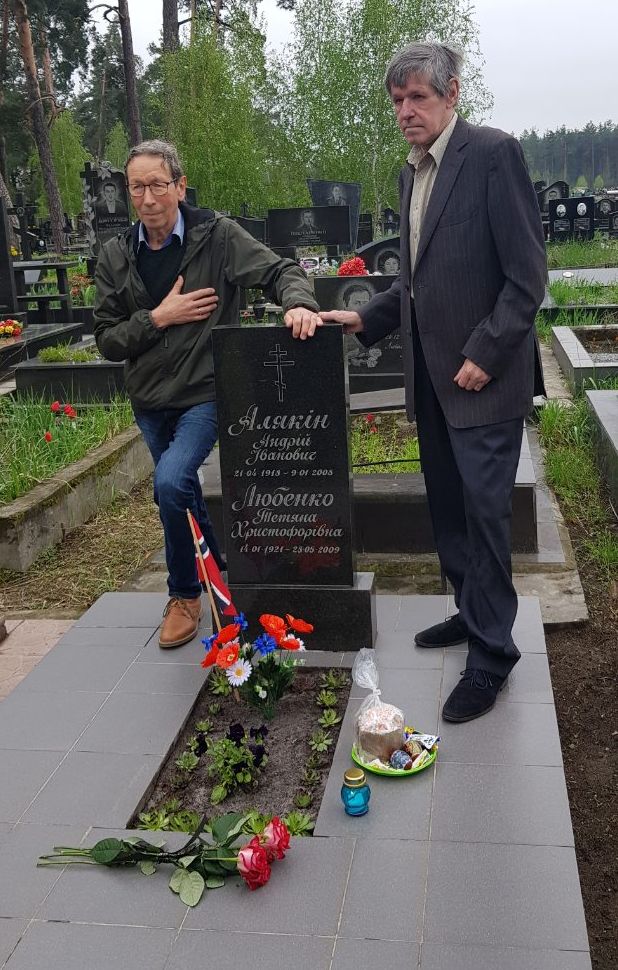